Coates was in conversation with Emily Bazelon, staff writer for New York Times Magazine and co-host of the podcast, “Slate Political Gabfest.” The two discussed Coates’s career as a prosecutor, and how it brought her to where she is today, as a critic of the criminal justice system and its disproportionate impact on the Black community.

“It’s so vulnerable,” Coates said about her book. “I was intentional about really confronting that really introspective part of myself and thinking about how frankly I never had the luxury, nor did I ever want the luxury to enter a room and shed various aspects of my identity.”

To start, Coates spoke of the struggles she faced when she transitioned from working in the Department of Justice’s Civil Rights Division to her role as a federal prosecutor. While Coates initially believed that this move would allow her to make a difference, she struggled with her community’s reaction to the position.

“What an absolute seismic shift,” Coates said. “To go from the foregone conclusion of the people’s champion, to looking as if I had to some, betrayed the very people who were Black and Brown victims as well.”

“Just Pursuit: A Black Prosecutor’s Fight for Fairness,” features personal anecdotes from Coates’s career. In sharing these stories, Coates said that she wanted to make sure that she didn’t glamorize her role as a prosecutor.

“In the book, I talk about how the pursuit of justice can produce injustice,” she said.

One story that she shared was the story of Manuel, a victim of car theft, who Coates discovered had an active deportation order against him when she ran a routine background check.

”There was a choice that had to be made,” she said. “Between somebody who was undocumented and report and risk their own deportation, which helps society to have their crime reported, or to remain in the shadows so to speak and be victimized in other ways.”

“I still grapple with that day,” she said. “Legally, there was only one choice, but morally we should have more options.”

A clear theme of Coates’s book, as well as the event, was the role that race plays in the justice system and the need for reform.

“Justice is an ecosystem, and every single thing must be evaluated and possibly reformed,” she said. “Why would the justice system be the one area where race has no impact?”

In response to a reader question about specific areas of reform, Coates stressed the importance of looking at the bigger picture and tackling the highest priorities first. Some of her suggestions included addressing qualified immunity, bail requirements, and police dashboard camera requirements.

The night ended on an inspirational note, as Coates gave advice to younger generations who are passionate about fighting for change. First and foremost, Coates encouraged viewers to believe in themselves wholeheartedly.

“Unapologetically bring your entire self into what you are doing. Do not try to conform,” she stressed. “There is a reason you are there, and we are better if you are there.”

For those interested, the link to the event’s recording can be found here on YouTube. “Just Pursuit: A Black Prosecutor’s Fight for Fairness”  by Laura Coates is currently available for purchase. 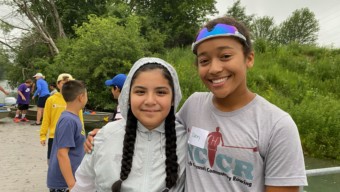 Who to Watch in the 2022 Winter Olympics