When Monique Jones first interviewed for the leadership position at the Evanston Community Foundation (ECF) back in 2015, she thought it was a place-based philanthropy all about Evanston. “I’ve since found out that the foundation is part of the fabric of Evanston, and the local grantmaking, though important, is not what makes it ECF,” says Jones. “What makes it ECF is that everyone involved — board, staff, donors — is seeking change, looking to tackle some major social issue. That takes more than just grantmaking. And leading this organization, you also must want to be a changemaker. You can’t have just one motivating issue; you must be invested in all of the issues affecting the community.”

Jones has long felt the pull of service to the community. Although born in Chicago, she spent most of her formative years in Little Rock, Arkansas, and majored in social work at the University of Arkansas, where Black students made up only 10% of the student body. After achieving her master’s degree in social work at UT Austin, she returned to Little Rock as a clinical therapist. After a divorce, she returned to Chicago and went to work as a hospice social worker. She moved on to the storied Jane Addams Hull House Association, then the oldest social service agency in the country, where she quickly became the clinical director. From there, she went on to run the Violence Prevention Program at the Cook County Department of Public Health, where she learned to write grants and navigate mountains of red tape.

Immediately before joining ECF, Jones was Director of Programs at the Chicago Foundation for Women (CFW), where she oversaw a budget of nearly $2 million while managing the grant program and working on major gift development in tandem with the CFW staff. After five years there as second-in-command, she was ready to fly. She knew she wanted a place where her leadership values — humor, optimism, fidelity, integrity, and equity — would be reflected, and she found that perfect fit at ECF, a beloved, premier social-impact organization with an endowment of $28 million. She quickly noticed that it wasn’t just the fervent, loyal donor base that made ECF strong, but their level of commitment and humility. “Donor money is always great, but having a donor think through how their wealth and privilege and assets can help make lasting change is the best scenario for all concerned,” says Jones.

Another tremendous asset for the Foundation is the nimbleness of both the staff and Board of Directors, which became evident at the very start of the pandemic in the middle of a grantmaking cycle. Working together, they quickly decided to release all prior grant restrictions so that nonprofit grantees could use the funding however it was needed rather than the program for which it was originally granted. ECF also allowed then-current grant applicants the opportunity to change their ask if the pandemic had impacted their needs.

A virtual Board meeting led by Jones established a COVID-centric fund for Evanston, which they called the EC Rapid Response Fund. In two days, they were up and running with $100,000 in seed money from ECF and three matching donor grants. From that initial $400,000, they raised an additional $2.6 million in six weeks, eventually reaching a fund total of $3.6 million that was swiftly granted out to serve immediate needs. A second fund went public on October 19 with a match date of early 2021 — a million-dollar match underwritten by three generous, long-time ECF donors.

All of this, of course, comes on the heels of not only the pandemic, but civil unrest engendered by the systemic racism that plagues our country. In the aftermath of George Floyd’s killing this summer, Jones had much on her mind, including her own family (husband Drennon and their 9-year-old daughter Brielle Marie), their Beverly neighborhood, and the ECF community, as well as how the Foundation fit into the equation. How to deal with injustice on top of inequity?

“The work of the Foundation is to hold space for the anguish and yet continue connecting resources with need throughout the community,” she shared on her ECF blog. “This means lifting up racial equity in our philanthropy and leadership development initiatives. We will continue listening and asking hard questions. This means assuring that the voice of community members who are most impacted by the disparities we seek to eliminate are at the decision-making tables with us.”

Have those hard conversations, and do the work, she suggests. And as Jones and all of the Evanston community know, if you want to see a change, you must be the change. That’s the way we all move forward, together.

UPDATE: After this story was filed, it was announced that Monique Jones would be stepping down from her position at the Evanston Community Foundation to take on the leadership role of President and CEO of Forefront, the nonprofit statewide association representing grantmakers and nonprofit, as well as advisors and allies.

“Monique has been a transformational leader at ECF.  She has led the organization through an exciting time of growth and deepening impact,” said Lisa Altenbernd, Board Chair. “The Board remains committed to the vital mission of the Foundation and we expect that our initiatives to serve our community will move forward unimpeded.  The Board and staff wish Monique great success in her future endeavors.”

“It has been an honor to serve the Evanston community for the last five years, and I’m extremely proud of the work we’ve done,” says Jones. “ECF is woven into the fabric of Evanston and I’m excited for the Foundation’s future as the team leans deeper into the mission of creating a more equitable community. This year, in particular, has underscored the important values of the Foundation. I appreciate the community’s trust and openness for the changes that are needed now, and in the coming years, to assure that Evanston is poised for a strong recovery once we get through the pandemic’s devastating impact.” 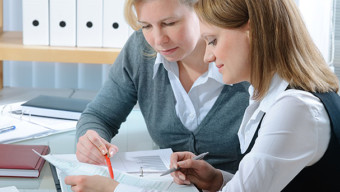