Coping With A Cancer Diagnosis: 3 Women Tell Their Stories 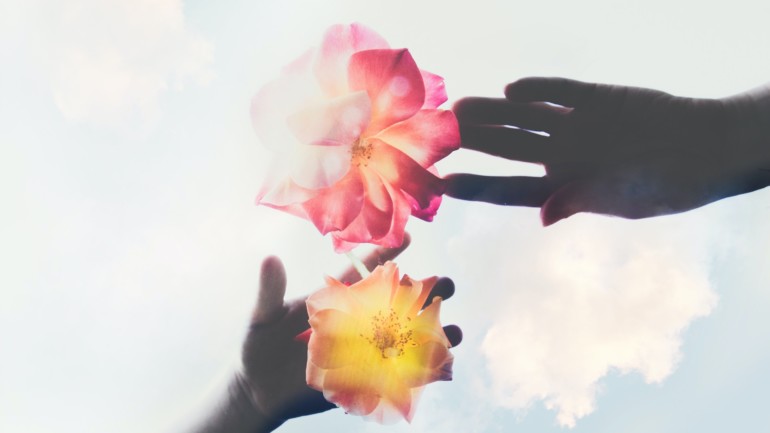 Three words no one wants to hear from their doctor: You have cancer. Sadly, it’s a diagnosis that roughly 1.8 million Americans will get in 2020, according to the National Cancer Institute. I am one of them.

Recently, I was told I have thyroid cancer and let me tell you, the diagnosis was both shocking and terrifying.

Thankfully, my doctor is telling me my prognosis is excellent, and I learned I have “the best” type of tumor. A friend reacted by saying, “If you have to get cancer, this is the kind you want to get.” Still, there’s something about knowing you have the C word that is horribly disturbing and upsetting, and by the way, who said I “have to get cancer?”

But getting a cancer diagnosis, although devastating, isn’t the end of the world. Just ask Elaine Moss. In 2014, Moss, a Chicago wealth management advisor and mom of two had a routine colonoscopy that she said turned into a nightmare.

“I went to get a colonoscopy because you’re supposed to do that at 50, and I’m a rule follower,” said Moss. “I wasn’t even worried about it. I was crossing something off my list.”

She said when she woke up from the procedure, her doctor was sitting by her side.

“He said, ‘I think you should prepare yourself that this is malignant, but regardless of what it is, you’re having a big surgery within the week,’” Moss said. “I was in complete shock and disbelief.”

Moss had colon surgery, followed by a chemotherapy regimen for six months.

“I had two teenage kids, a husband, and a mother, and so I thought to myself, ‘If I fall apart, they will fall apart, so I need to set the tone here. We’ve got a problem but we’ve got a solution,’” she said.

Moss said she made the best of things, and even hosted chemo parties with her girlfriends during her treatments. She also said she tried to keep everything as normal as possible in her life and at home.

“I wasn’t looking for my household to turn into an infirmary or a place to drop off casseroles,” Moss said.

It wasn’t until a year later, when she got the results of a scan showing the cancer was gone, that Moss shed her first tear since the whole ordeal began.

“I was so relieved that the tears just flowed,” she said. “I realized I never got a chance to grieve it because I was so concerned with everyone else’s feelings.”

Six years later, Moss reflected that her illness changed her, in a way.

“It gave me a new level of confidence and strength,” she said. “I don’t sweat the little things, I don’t let unimportant things bother me, and I don’t let myself get consumed with things I can’t control.”

Blair Miller of Highland Park is another cancer survivor, who in 2014 had breast cancer, leading to a double mastectomy, reconstruction surgery, chemotherapy and radiation.

“At first I was shocked because I had had regular breast exams and mammograms,” said 61 year-old Miller, a mom and a computer and Apple products trainer. “But then I went into project management mode. I started gathering information and getting recommendations for doctors.”

Miller said she felt scared, but always maintained a spiritual and positive attitude. When asked what advice she has for others who receive a cancer diagnosis, Miller said it’s important to let your fear and tears come to the surface.

“Don’t deny the fact that it’s scary. It’s OK to cry and be upset,” she said. “One of the biggest lessons I learned is that it’s OK to ask for help. I was always independent and didn’t want to ask anyone for anything. Asking for help isn’t a weakness.”

Today, Miller is cancer free. She said she is appreciative of her life, and feels a lot more gratitude than she did in her younger years.

“I’m focused on making myself happy and not being ashamed to do that,” Miller said. “We’re always trying to make other people happy and I learned that’s it’s OK to make yourself happy, too. It’s not selfishness. Carve out a life for yourself that you are satisfied with. You deserve it.”

Having cancer during the pandemic adds a whole other layer to the illness. Undergoing surgery is always scary, but having to take strict precautions to avoid contracting COVID makes things more complicated and stressful.

My cancer isn’t behind me yet, but I have already learned a lot, especially the importance of two things:

Educate yourself on your illness (although don’t read too much on the internet because it could cause you to imagine the worst possible scenarios), make good health decisions — eating healthy, working out and meditating are great immune system strengtheners and mood lifters, and do what your medical professionals advise.

2. Trust your doctor, your friends and family, and of course, God.

People who have faith in themselves and in others, along with a strong sense of spiritually realize that there is only so much we can control. The rest is out of our hands. “It will all work out,” is something my boyfriend says frequently. It might be one my favorite sayings.

“A cancer diagnosis is not a death sentence at all. Most of the time it’s treatable and you get through it,” Moss said. “Nothing scares me anymore. I feel like, ‘Bring it on,’ like I can tackle anything at this point. Being afraid is wasted energy.” A Better Summer: What We’re Buying From Chicago-Area Stores