Red Cross, CBS Chicago and Make It Better Team Up for Disaster Relief

On Oct. 5, Make It Better was proud to take part in the success of CBS Chicago and Chicago Red Cross’ #CBSCaresChicago telethon, which raised more than $4 million. Make It Better provided a $35,000 match to donations (raising $70,000), which will support communities affected by the recent hurricanes and earthquakes.

While it helped that the telethon included appearances from local celebrities and civic leaders, including Gov. Bruce Rauner and “Hamilton” stars Miguel Cervantes and Ari Afsar, the success of the telethon was ultimately thanks to the 868 individuals who donated by phone or online.

The money that was donated will help support the relief efforts after Hurricane Harvey, Hurricane Irma, Hurricane Maria and the earthquakes in Mexico. Donors were also given the choice to split their gifts between any of these funds, allowing them the opportunity to help more than one cause at a time.

We have now launched a new fundraising drive in partnership with Marin and SPACES magazines, our sister publications, and Diablo and Napa Sonoma magazines to help those affected by wildfires in California. Please consider donating today. And learn more about how you can help with this article from Marin.

How Your Donation Helps

While there has been an outpouring of support toward the areas affected, there is still more that needs to be done. With the help of many local authorities, governments and other relief organizations, the American Red Cross is tirelessly working to support the areas and people affected by recent tragedies.

We are so grateful to @MakeitBetterNS for providing a $35k match to donations made to our @cbschicago telethon! Your gifts will go further!

Making landfall on Aug. 25 in Southeast Texas, Hurricane Harvey left 39 counties under 40 to 61 inches of rainfall. In close collaboration with the communities affected as well as other partners, the American Red Cross has been able to accomplish the following:

Hurricane Irma officially made landfall in the U.S. first in the Florida Keys on Sept. 10. Relief efforts have spanned multiple states as well as Puerto Rico and the U.S. Virgin Islands. In the continental U.S. alone, the American Red Cross has provided the following:

On Sept. 20, just days after Hurricane Irma, Hurricane Maria hit, leaving more than 11,000 people — and more than 580 pets — in shelters. The areas that were already damaged by Hurricane Irma were destroyed. Nearly 700 Red Cross-trained disaster workers are supporting relief efforts in Puerto Rico and the U.S. Virgin Islands, including a few volunteers from the Chicago and Northern Illinois region, with more than 220 on the way from around the United States. The Red Cross deployed relief supplies such as water, rice, beans, ready-to-eat meals, cleanup kits, home repair kits, tarps, trash bags, insect repellant, hand sanitizer, work gloves and more. Given that communication is almost impossible with cell service interrupted, the Red Cross is shipping in satellite phones and other technology supplies to help. On the Virgin Islands, Red Cross workers will continue to operate and support emergency shelters. In Puerto Rico, shelters are managed by the government, but the Red Cross is prepared to support sheltering efforts if needed. The American Red Cross has distributed more than 579,000 relief items across Puerto Rico and the U.S. Virgin Islands. The International Federation of the Red Cross is “working with government and relief agencies to provide support to where it is the most needed.”

After two deadly earthquakes hit Mexico just weeks apart, residents continue to suffer from the damage. Many cities and small communities are in desperate need of relief items, such as water, food and shelter. The American Red Cross has worked closely with the Mexican Red Cross to provide aid and assistance to communities affected by the disaster and has contributed $100,000 toward the Mexican earthquake relief efforts. The American Red Cross is only allowed to intervene in international disasters when the national society reaches out and asks for outside help. 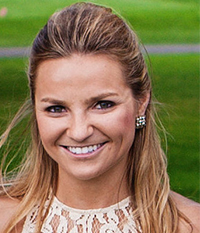 Avery Hansen recently graduated from Southern Methodist University in Dallas where she studied journalism and fashion media. During her time at SMU she was published in the school’s newspaper, The Daily Campus, as well as Beyond the Boulevard and HerCampus. When Avery is not writing, she is playing with her pug, Emmy, or cheering on the Blackhawks at the United Center. She is a proud supporter of PAWS Chicago.