How to Talk Politics With Your Partner With the presidential election less than three months away, and two political parties that seem more divided than ever, talking politics with someone who has a different view can get uncomfortable, even heated, and might put a strain on the relationship. Think about those social media posts that stir your raw emotions, or the snide comments others make in casual conversation that might leave you feeling angry, hurt and frustrated.

But what do you do when the person who has a different political view happens to be your spouse? Can a Biden supporter and a Trump supporter learn to respect each other’s opinions and still be happy together?

Stan Selinger, Ph.D. is a North Shore based clinical psychologist who said politics is a struggle for some couples, but the right communication techniques separate those who can get past it and those who can’t.

Selinger, who has been in practice for over 40 years, said that a lot of times, disagreements about politics are part of a much larger conflict.

“Couples who differ in political opinions might also have other issues that they can’t agree on, such as parenting or money or how they spend their time,” he said.

According to Selinger, even couples with the healthiest relationships have disagreements, but their different outlooks aren’t the problem. Not knowing how to understand each other and discuss an issue in a respectful and productive way is.

“What typically happens is that they take a defensive position,” said Selinger. “One person says, ‘This is my view’ and the other person responds that he or she is foolish or stupid instead of trying to understand. They make it a win lose situation. They attack each other and that usually leads to cutting off the discussion and they just don’t talk about it.” Here are Selinger’s 7 tips for talking politics with your spouse:

One thing I think might help couples of differing political views is that both agree to spend some time watching the other person’s news station. You might walk away with a slightly different perspective. That doesn’t mean you have to change your opinion, but it could help you understand your spouse’s position.

In closing, the current political climate might be the most tense I can ever remember. Sensitivity and emotions run high these days when it comes to opposite political views and differences of opinions about our country’s leaders.

But not talking politics, especially with your spouse, isn’t the answer. All silence does is build a wall of resentment, awkwardness, and disconnect. The key is to have conversations  with the same respect and kindness you would use to communicate about anything.

If you think about it, voting is the only control a person has when it comes to who will end up in the White House, the senate and in congress. After you vote, it’s up to you to control what you can: living your best life and loving your spouse with thoughtfulness, kindness, trust and honesty. The beauty is, you can choose to do these things regardless of who wins the election. 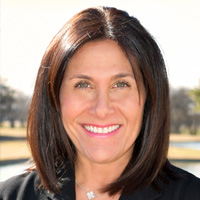 Bugs Got You Down? Here’s How to Deal with Pests in Your Garden This Summer