On June 8, the Chicago History Museum will honor men and women who have contributed to the fabric of Chicago. The 22nd annual Making History Awards and gala event will honor five distinguished men and women. At Make It Better, we’re in constant awe of how many amazing women are making history in Chicago. Many of these women feature prominently, year after year, in CHM’s illustrious awards as honorees, presenters and accepting on others’ behalf.

“The Chicago History Museum is delighted that each year the Making History Awards is able to honor women leaders of Chicago,” says Chicago History Museum President Gary Johnson. “From Gwendolyn Brooks, Maria Tallchief, Ann Landers and Maggie Daley to Shirley Ryan, women play key roles in shaping our city and a key role in our ceremony.”

Here are some of the women all-stars of CHM’s Making History Awards, past and present — financial leaders, corporate innovators, philanthropists and political advocates who are making history in Chicago right now. 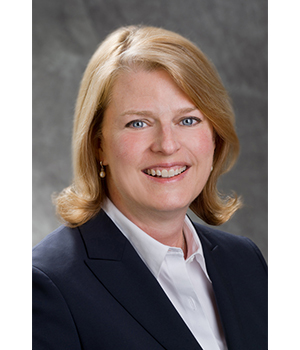 Accepting JPMorgan Chase & Co.’s Historic Corporate Achievement Award this year is Melissa Bean, chair of the financial institution’s Midwest business. A proven business leader, prior to joining JPMorgan Chase & Co. in 2014, Bean was president and CEO of the Executives’ Club of Chicago, a business forum of CEOs and senior executives of local companies. She also served three terms as a member of the United States House of Representatives from the 8th District of Illinois and was a leader on the House Financial Services and Small Business Committees.

Presenting the award to Shirley Ryan is Marca Bristo, a tireless advocate for people with disabilities and the president and CEO of Access Living, Chicago’s center for independent living. Access Living, which Bristo helped launch, provides peer services and advocacy to more than 40,000 people with disabilities, and has garnered improvements in housing, public schools, public transportation, public access and long-term care. Bristo, who lives with a disability herself, has also received national and international attention for her advocacy work, helping to draft and win passage of the Americans with Disabilities Act in the 1980s. As current president of the United States International Council on Disabilities, Bristo is working to promote the ratification of the U.N. Convention on the Rights of People with Disabilities in the United States. Known to many Chicagoans as a model in public service and civic engagement, Renee Crown co-chaired the Chicago History Museum event in 2012 and was honored by the organization for her distinction in civic leadership in 2011. Crown has provided numerous philanthropic organizations in Chicago with the leadership needed to fulfill their missions. Crown serves as an honorary life director at National Multiple Sclerosis Society and as a vice chairman of corporate board for Boys and Girls Clubs of Chicago. Crown also serves as a vice chairman at Window to the World Communications, Inc. and is a life trustee of Syracuse University.

Presenting the Distinction in Corporate Leadership and Innovation Award is Anne Pramagiorre, the first woman chief executive at Commonwealth Edison. Working her way up through the ranks at ComEd, Pramaggiore took the helm as president and CEO at the $6.1 billion utility in 2012, and has brought much-needed customer service and innovation to the energy company. Pramaggiore is also a director at the Federal Reserve Bank of Chicago.

“I’m very passionate about ComEd’s work to promote diversity, support our communities and empower the next generation of trailblazers and innovators,” Pramagiorre says. “I’m grateful to the Chicago History Museum, an institution that is so integral to the city’s past and our future, for recognizing those who do so much to champion others and the city of Chicago, especially my mentor and friend, Frank Clark.”

Presenting the award for Distinction in Social Service is Laura Ricketts, co-owner of the Chicago Cubs and an activist for gay rights. The first openly gay owner of a major league baseball team, Ricketts brings her activism to the front lines as board chair of LPAC, lesbian-backed political action committee that supports pro-lesbian and pro-women political candidates. In working to elect pro-lesbian and pro-women candidates, the PAC hopes to bring an end to discriminatory treatment of lesbian, gay, bisexual, and transgender (LGBT) individuals and their families, protecting access to reproductive freedom and quality healthcare, and advancing social, racial, and economic justice for all Americans. Ricketts is also an executive member of the Democratic National Committee, and sits on the board of directors of EMILY’s List, an advocacy group that is dedicated to electing Democratic women to office.

“Just as women don’t get paid as much as men, and aren’t as likely to hold top executive offices or as likely as men to hold elected office; they also aren’t as likely to be recognized for their work and the impact it has in their community,” Ricketts says. “Which makes it all the more important to recognize women like Melissa Bean and Shirley Ryan. I’m honored to be a part of that. None of these individuals, or myself, ever set out to make history or be a ‘history maker’ in Chicago. They set out to make their community a more just, more equal, better place. In doing so, they have not only made history but have also helped make Chicago the great city that it is.” Receiving the award for distinction in civic leadership is Shirley Ryan, known to many in Chicago as one of the most dedicated and generous alumni of Northwestern University. Along with her husband Patrick Ryan, Shirley Ryan has contributed to academic scholarship, funded the construction of new buildings in various academic colleges and renovated athletics facilities at the Big 10 Evanston campus. Ryan’s leadership also extends to other institutions. She is chair of Pathways.org and serves on either the executive committee or on the board of directors of: Lyric Opera of Chicago, the University of Notre Dame, the Art Institute of Chicago, the Chicago Council on Global Affairs, and the Alain Locke Charter Academy. Two U.S. presidents have appointed Ryan to the President’s National Council on Disability. A recipient of a Chicago History Makers award in 2013, Bernie Wong continues to help Chinese Americans integrate into American society. An immigrant herself and a social worker by training, Wong founded the Chinese American Service League (CASL) in 1979 with the initial plan of teaching English as a second language to Chinese immigrants. Wong still leads the CASL, an organization with an annual budget of $12 million. She led the initiative to build a $6.7 million senior housing facility as well as CASL’s $9.2 million Kam L. Liu Building, a community service center.