by Betsy Murphy 4 weeks ago

Mark Shaw doesn’t mind making some noise on behalf of women who’ve been silenced. Shaw, a Bay Area resident, is the author of the recent book, Collateral Damage: Connecting the Deaths of Marilyn Monroe, JFK, and Dorothy Kilgallen. While Monroe and JFK are well-known names, Shaw’s link to the story came through his commitment to revealing the truth about the death of journalist Dorothy Kilgallen.

Collateral Damage is the powerful follow-up to Denial of Justice and The Reporter Who Knew Too Much, Shaw’s bestselling book about Kilgallen’s life and mysterious death. In 1965, just as she was about to publish her investigative research into the truth of the JFK assassination, Kilgallen was found dead in her NYC home. Her death was ruled accidental. Shaw claims it was murder.

Shaw, a former criminal defense attorney and legal analyst for CNN, ABC and USA Today for the Mike Tyson, O. J. Simpson, and Kobe Bryant cases. He is also a distinguished investigative reporter, historian, and bestselling author who has published nearly 30 books. There are more than 3 million YouTube views of his interviews and presentations about his history-making books. Like Kilgallen, Shaw is a serious investigative reporter committed to bringing the truth forward.

How are you and Dorothy Kilgallen alike?

I have great respect for women and their untold stories.

I believe Dorothy chose me to write her story because we are both people of integrity. She found the facts and presented them to readers and let them make up their own mind.

My books reflect that same sort of method. I’m a former defense lawyer — I had a hunch about something being wrong with a case and then fought for justice.

I have a Lois McMaster Bujold quote by my desk that says, “The dead cannot cry out for justice. It is the duty of the living to do so for them.” That’s what I’m doing for Dorothy.

You’ve published nearly 30 books. How do you find your stories?

They come to me mostly in the middle of the night. I’m awakened with an idea. I’m not religious but there is a spirit that guides me.

You must be open to ideas. Don’t dismiss it. I didn’t know anything about Dorothy Kilgallen, but couldn’t get her out of my mind. That spirit was urging me to write her story.

You are a Literary Consultant to new writers. Is it hard to get published?

Traditional publishing is still the best way to get mass promotion and distribution. When you self-publish it’s difficult to get your book into bookstores, libraries, and catalogues. However today 85-90% of books are sold on Amazon so self-publishing is also an option.

Note: Shaw wrote a book on writing and publishing, How to Become a Published Author, Idea to Publication. Join Mark Shaw and Self-Publishing Consultant Betsy Murphy on October 14th, 2021 for an online Publishing Seminar filled with valuable information on Traditional vs. Self-Publishing. You’ll get valuable tips and insight so you can make the best choice for your book even if you haven’t started writing it yet.

Betsy Murphy is a writer, performer, mother, grandmother, and guide for women to retrieve the hidden parts of our stories. She speaks about the “things we don’t talk about” but does it in a way that makes you comfortable being in the conversation. Her books include Autobiography of an Orgasm, Beyond O, Write On: A Daily Writing Practice for Anyone with a Story to Tell, and Chasing Temples (2021). You can find out more about her books, solo shows, and where Betsy is teaching at betsybmurphy.com 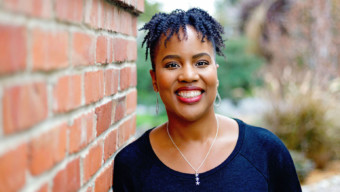