Chicagoland shoreline communities and the built environment have taken a beating from high Lake Michigan water levels whipped up by high winds and waves. Climate change is causing more extreme weather events and unprecedented swings in lake water levels. As Professor Drew Gronewold of the University of Michigan School for Environment and Sustainability explained during a recent ELPC Thinks webinar, Lake Michigan water levels shifted from a record low monthly average of 576 feet in 2013, to a record high of 582.2 feet in 2020. Climate change realities causing extreme lake water level shifts – mostly higher and sometimes lower – challenge the resiliency of shoreline buildings and beaches.

While scientists expect global mean sea levels to rise somewhat consistently, the Great Lakes are expected to continue to both rise and fall, fueled by an accelerating “tug of war” between numerous factors. In some years, higher temperatures will increase evaporation resulting in lower lake levels. In many years, lower temperatures and broad ice cover, combined with high levels of precipitation, will cause much higher Lake Michigan waters levels for which the current built environment was not designed.

Residential buildings in Chicago’s north-side Rogers Park and south-side South Shore neighborhoods have been battered by water, wind and waves. Houses on the Chicago suburban North Shore, the Northwest Indiana shoreline, and Western Michigan’s lakeshore likewise have been battered. Beaches up and down the lakefront are being washed away and bluffs eroded. Wastewater treatment plants, toxic dredge dumps and other industrial facilities are vulnerable to damage and flooding.

A July 2021 survey estimated that the region’s 200+ shoreline communities would spend about $2 billion over the next five years repairing damages from extreme weather events. These communities have already spent $878 million in just two years.

Overall, Professor Gronewold says, “in terms of climate change, the long-term signal that’s very clear for us in the Great Lakes is wetter and warmer.”  The practical reality is that we need to rethink the Great Lakes shoreline’s built environment in light of the more extreme water levels. Adapting to changing conditions and dealing with threats to the local environment and public health and safety will require fundamental policy shifts, and significant federal, state and local financial investments. Here are some of the actions that we should take:

1. Reassess infrastructure risks and vulnerabilities in light of higher-than-planned-for Lake Michigan water levels. Too many existing toxic sites – landfills, coal ash storage ponds, and industrial facilities – along the shoreline were built based on outdated water level estimates; they weren’t designed to withstand now-projected higher water levels and flooding. Given climate-related predictions of more extreme lake levels, cleaning up toxic sites is even more important. At a minimum, let’s not make existing problems worse. For example, the U.S. Army Corps of Engineers has proposed expanding the Confined Disposal Facility, a hazardous waste landfill on Chicago’s Southeast Side right along the Lake Michigan shoreline. Communities should likewise assess the impacts on marinas, water intake pipes and wildlife when water levels are low. That means assuring that drinking water intake pipes are safe under both extremely high and low lake water levels.

2. Update and redesign local land use planning and zoning standards based on today’s water level realities rather than yesterday’s news. Most communities’ planning, zoning and development laws and practices are outdated and based on historic Lake Michigan levels instead of the increasingly more extreme water levels.

3. Invest in nature-based solutions to strengthen shoreline resilience, including restoring wetlands to store water and reduce some pressure by absorbing overflow from Lake Michigan, while also providing more wildlife habitat.  Potentially use nearby rivers and lakes to act as reservoirs for high lake water.

4. Consider new environmental engineering and water management approaches. Green infrastructure, such as permeable pavers, can allow water to directly enter the groundwater, rather than overwhelming city drainage systems, flooding streets and flowing into the lake. Policymakers should explore and reasonably use “all of the water management tools in the toolbox.”

5. Effectively deploy the recent influx of federal funds, including the additional $1 billion for the Great Lakes Restoration Initiative, and the bipartisan Infrastructure Investment and Jobs Act, which provides greatly increased funding to address wastewater and storm water threats, and investments in clean drinking water programs.

Now is the time to take actions to shape a more sustainable future recognizing the realities of changing Lake Michigan waters levels. We’re all in this together.

CSR Spotlight: How Hyatt and other Illinois-Based Hospitality and Travel Companies are Taking Action Against Human Trafficking Here’s How to Get Discounted, Day-Of Tickets to Broadway in Chicago Shows 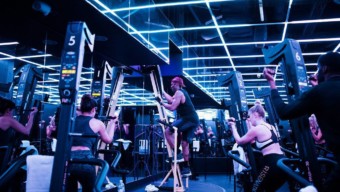